‘It happened like this. I was stolen from an airport. Taken from everything I knew, everything I was used to. Taken to sand and heat, dirt and danger. And he expected me to love him. This is my story. A letter from nowhere.’

Sixteen year old Gemma is kidnapped from Bangkok airport and taken to the Australian Outback. Ty, her captor, is no stereotype – he’s young and attractive. This new life in the wilderness has been years in the planning. He loves only her, wants only her.

Under the hot glare of the Australian sun, cut off from the world outside, can the force of his love make Gemma love him back? In a moving letter to her captor, 16-year-old Gemma relives her kidnapping.

Gemma’s a British city-living teenager. To her city-eyes, the landscape of the Australian outback is harsh and unforgiving with no other signs of human life for hundreds of kilometres. Here, there is no escape. Gemma must learn to deal with her predicament, or die trying to fight it.

Ty, a young man, has other ideas for her. His childhood experience of living in outback Australia has forever changed the way he sees things. But he too has been living in the city; Gemma’s city. Unlike Gemma, however, he has had enough. In outback Australia he sees an opportunity for a new kind of life; a life more connected to the earth.

He has been watching and learning about Gemma for many years; when he kidnaps her, his plan finally begins to take shape.

Over time, Gemma comes to see Ty in a new light, a light in which he is something more sensitive. The mysteries of Ty, and the mystery of her new life, start to take hold. She begins to feel something for her kidnapper when he wakes screaming in the night. Over the time spent with her captor, Gemma’s appreciation of him develops …but is this real love, or Stockholm Syndrome?

My first published book, Stolen, was very much influenced by my life and the things I did. Thankfully, I’ve never been kidnapped, but when I was nine years old and moving from Wales to Australia, it felt like a bit of a kidnapping. Suddenly I was in a new country I didn’t fully understand; a place that was simultaneously beautiful and terrifying.

I’ve always been fascinated by wild Australian land and, when younger, my favourite memories are of camping in the bush and exploring the overgrown creek at the back of our first Melbourne house. I used these feelings of being simultaneously entranced and scared to write Gemma’s feelings for Ty and the landscape he takes her to.

I’m often asked about Stolen – is Ty evil? Why the outback? Will there be a movie? You can find answers to those and other questions on my FAQ page.

Oh, and the question I’m asked more than any other … Will there be a sequel? Well, kind-of. I may just RELEASE something soon.

You saw me before I saw you. In the airport, that day in August, you had that look in your eyes, as though you wanted something from me, as though you’d wanted it for a long time. No one had ever looked at me like that before, with that kind of intensity. It unsettled me, surprised me I guess. Those blue, blue eyes, icy blue, looking back at me as if I could warm them up. They’re pretty powerful, you know, those eyes, pretty beautiful too.

You blinked quickly when I looked at you, and turned away, as if you were nervous . . . as if you felt guilty because you’d just been checking out some random girl in an airport. But I wasn’t random, was I? And it was a good act. I fell for it. It’s funny, but I always thought I could trust blue eyes. I thought they were safe somehow. All the good guys have baby blues. The dark eyes are for the villains . . . the Grim Reaper, the Joker, zombies. All dark. 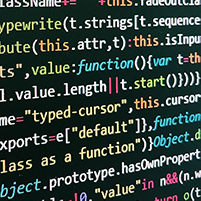